From the Modeling Bench

We thought we would show you a couple of projects that are on the modeling bench right now. First off is a Northern Pacific flat car kit from Central Valley. We started this project last year, and got up to the primer stage when winter set in. 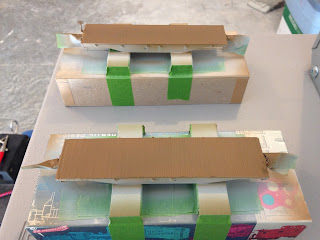 Floquil Teak stain has been sprayed on the decks. Once dry, the decks will be masked off for a overall car coat of black. 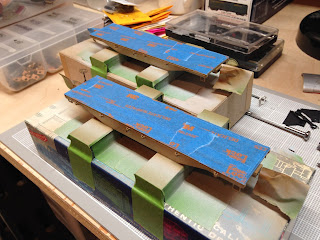 Here's the cars after the decks have been masked off. He uses a technique called outline masking, where he cuts small width strips of tape from a larger piece, and outlines the area to be masked. He says it's easier to work around details and crevices. From what we understand, the cars have been sprayed in Scalecoat Loco Black, and are awaiting a gloss coat for decals. We'll post more photos when available.

Oh... you're probably asking why we're building these cars. Could there be a weight kit in the future for these cars? 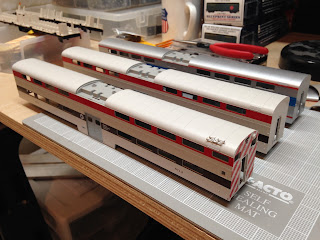 Here's the next project, which our son is working on... 3 Kato Metra bi-level commuter cars. The cars were completely dismantled for detailing. Here we see the bodies have been stripped of all parts. 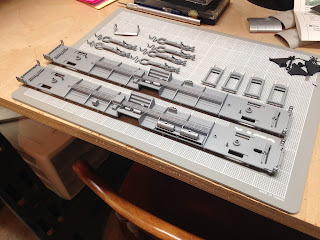 He sprayed the under frames in Scalecoat Aluminum for the two tan cars, along with the diaphragms. the pilot from the cab car, and the Kato couplers. Why not Kadee couplers? Kadee does make a swing coupler kit (#451) for this car, but our son wanted to try the Kato option first as it adds close coupling. He says the Kato coupler will mate with a standard Kadee coupler, although you have to manually uncouple the cars. 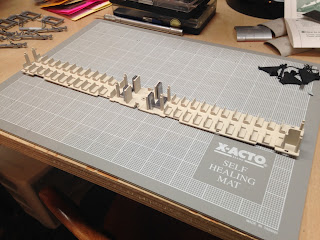 He is also adding some additional weight to the cars, as they are light out of the box. Here's some weights that were added between the center bulkheads and the first row of seats. According to our son, when the body is applied, you can't even see the weights in the car. 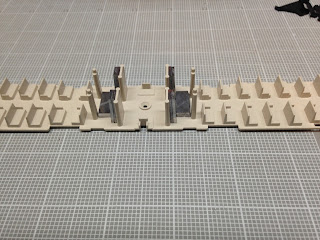 Here's a closer look at the interior weights. 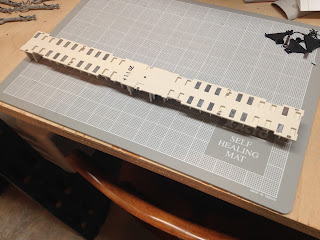 Weights were also added under some of the seats. In total. 1.1 oz of additional weight was added to the car. Could this also be a future weight kit for us?

That's it for this posting. As these projects progress, we'll post more photos and information. And keep checking back. You'll never know what will pop up on the modeling bench. Thanks!